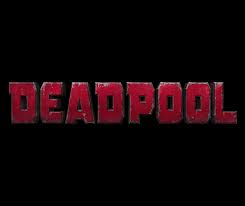 A love story.  A redemption movie. (Cause something had to be done to make up for the rendition in Origins:Wolverine.  And thanks to popular demand, a movie that proves sometimes, who should leave things to those who are truly passionate about the project at hand.  Ryan Reynolds made this is baby.  Encouraging the project for a long time before production was green lit, which actually looked the acclaim generated by “leaked” test footage.  The end result, is a wonderfully delivered movie that captures the essence of the lead character, the nuances of the original comic, especially the “breaking the fourth wall” aspects which speaks directly to the audience and makes references to the fact that it is a movie.

The character himself, Wade Wilson seems to be a play on Marvel competitor, DC Comics character Deathstroke, Slade Wilson.  Wade vs Slade.  Get it.  After a few years of being a side character, Deadpool got his own self titled miniseries in 1993. In 1997, the more commonly known version of Deadpool really started to take for when Joe Kelly shifted to the action comedy parody and would than introduce the fore mentioned “4th all break.”

Back in 2004, New Line Cinema was set to create a Deadpool movie.  When the rights were picked up by Fox, that was abandoned and what we got was the prior referred to origins version of shit.   If there is one thing comic fans are known for its their unity and vocal objection to something that disagrees with “canon.”  While the origins movie wasn’t canonical in comparison with how things would have happened in any version of the comics, it came down to the result being shear horrible.  After years of asking and petitioning and hoping, leaked test footage led to Fox beginning production on a Ryan Reynolds superhero redemption, (in more ways than one as both the Wolverine – Deadpool and the bad reception of Green Lantern are openly ridiculed in this release).

The movie is a non linear story about Wade Wilson after special forces as a mercenary.  I think the order of the storytelling was a wise choice for this movie as it helped blend a good amount of the love story and a good amount of the action where a linear story as it was told might now have been as entertaining.  Overall we found it to be highly entertaining and the numerous easter eggs as well as the 4th wall breaks managed to build a connection to the viewer in ways that only few movies have done, such as Kuffs, where Christian Slater talks to the viewers throughout the movies.  While most comic based movies are at most a PG-13 rating, Deadpool is an R and deservedly so, its not a movie for minors and many of the adverts building up to release were of Reynolds in Deadpool getup, pointing out that very fact.  The language and violence is adult oriented.  That being said the movie outgrossed other comic movies that weren’t R rated.  It is also this success that the future release of Logan, the third movie in the Wolverine trilogy, has managed to make it to R, which could actually give fans the Wolverine movie they have been asking for.